As the fourth largest car manufacturer in the world, Toyota has earned its reputation by its dedication to quality, dependable and powerful vehicles. Today, Toyota has manufactured thousands of models ranging from small hybrids to heavy-duty pickup trucks. Toyota vehicles are designed with the most advanced and innovative parts producing cars and trucks with long-lasting performance. As your trusted parts supplier, B&M Auto Sales & Parts is proud to carry used Toyota parts. 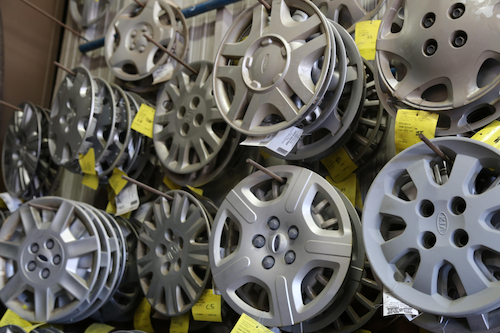 Need a Part for your Toyota?  B&M Auto Sales & Parts has the Following Parts in Stock:

If you can’t find what you are looking for please give us a call!

From Toyota transmissions and brakes to doors, windows, and windshield wipers, we carry a huge variety of used parts for the most common Toyota car and truck. Our used Toyota parts are included in the specifications of many Toyota vehicles in the market including:

Toyota Motor Corporation began in 1933 as a division of Toyoda Automatic Loom Works. In 1936, The Model AA Sedan was introduced as the first car produced by Toyota. The company’s advanced innovations included launching its luxury brand, Lexus, in 1989, and in 1997, Toyota was the first in the world to mass-produce a hybrid-powered vehicle known as the Prius. In 2008, Toyota became the largest car manufacturer in the world. Globally known as a pioneer in Japanese automobile production and development, the Toyota Motor Corporation reached the milestone of production with its 200-millionth vehicle in 2012. Toyota continues to produce more than 10 million vehicles annually.

Toyota Motor Company is also a leader in hybrid and electric automobiles. As of 2017, Toyota has surpassed 10 million units in sales with the Prius being the top-selling hybrid vehicle sold.

B&M Auto Sales & Parts is dedicated to supplying quality used auto parts for a large variety of makes and models. In addition to our large inventory, we also have access to a convenient online parts computer system that allows you to search for your Toyota parts right on our website. If you can’t find the part you need online contact us today and we’ll help you locate it.