What You Need To Know About Coolant This Winter

Coolant? Isn’t that the stuff that keeps your engine cool in hot weather? Why would you worry about that in the winter? Well, coolant and antifreeze are actually the same thing. In the winter, it’s more likely to be referred to as “antifreeze,” while in the summer it’s more likely to be called “coolant.” Same stuff, though. In the winter, it keeps the water in your radiator from freezing. In the summer, it keeps it from boiling over.

What is Coolant/Antifreeze Anyway? 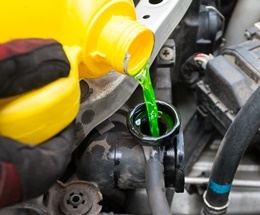 Neither ethylene or propylene break down when mixed with water inside a car’s cooling system, which makes coolant ideal for recycling. The corrosion inhibitors in antifreeze, however, do break down. While you could conceivably add these corrosion inhibiting chemicals to your coolant instead of periodically replacing the coolant, doing so wouldn't address the issue of all the impurities that accumulate in your coolant over time.

Why Do You Need To Change Your Coolant?

Coolant needs to be changed because it collects a lot of impurities. Inevitably, your coolant starts eating away at the metal in your cooling system and small particles of rust end up in the coolant, damaging the seal on your water pump, clogging radiator and heater tubes, and causing thermostats to stick. Minerals in tap water (often added to the cooling system, even though you’re supposed to use distilled water) form scale inside the cooling system.

Most passenger car and light truck manufacturers recommend changing your coolant every 2 years or 30,000 miles (whichever comes first). With long life coolants, the interval is extended to five years or 150,000 miles.

Whoa! Don’t Dump Your Antifreeze Down the Drain! 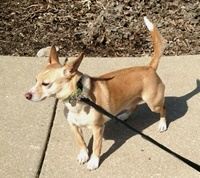 If you’re changing your antifreeze on your own, do the world a favor and don’t dump the old antifreeze down the drain or in a hole in the ground. Antifreeze is chock full of heavy metals like lead, chromium, cadmium and other nasty things. Besides poisoning wildlife, its sweet smell and taste attracts pets—and about 10,000 of them die every year from antifreeze poisoning.

Learn where to take your old coolant for recycling.

What is Recycled Antifreeze?

Recycled antifreeze is old antifreeze that has been filtered and chemically treated to remove contaminants. An additive package is added to restore corrosion inhibitors, and then dyed so it looks like typical antifreeze. Many environmentally conscious repair shops and recycling yards across the country now recycle antifreeze and offer it for sale, including B&M Auto Sales and Parts in Waukesha.

Is Recycled Antifreeze as Good as New Antifreeze?

It depends on the recycling process used. Although many recyclers using filtration, centrifugal separation and chemical filtration can remove impurities from old coolant, these processes cannot remove chlorides (dissolved salts)—which can cause corrosion inside your cooling system. Removing the chlorides requires a desalting technology such as distillation, membrane separation, or ion exchange.

Vehicles with aluminum or copper parts in their cooling systems are particularly susceptible to damage from chlorides. If your car has an aluminum radiator or heater core, check to make sure the recycled coolant you’re considering using has had the chlorides removed. With older vehicles, this is hardly anything to be too concerned about.

How to Add Antifreeze to Your Car

1. First, the obvious part: Make sure your engine is off and cooled down before adding antifreeze. If you open the reservoir tank for the radiator while the engine is hot, pressure inside the system could cause heated antifreeze to spew out when you remove the cap.

2. Now, open the hood of your car and look for a white plastic tank next to your radiator—the overflow tank for the radiator. Remove the cap on the tank and add either pre-mixed coolant and water or a 1:1 mixture of coolant and water. We recommend a funnel to avoid spilling coolant all over nearby engine parts (Remember, it’s toxic stuff--a pet that finds a small puddle on your driveway and laps it up could easily die.) Fill your reservoir to the “Full” mark and replace the cap.

3. Congratulate yourself on a job well done!

PRO TIP: Top Off Your Coolant On A Regular Basis

The cooling system in your car was designed around a full tank of antifreeze. If you are always running low on coolant, the aggressive nature of the steam vapors from the mixture of glycol and water can create an extremely corrosive environment--more corrosive than either fluid by itself.

Save Money and the Environment With Our Recycled Antifreeze/Coolant

Because we have to safely dispose of all fluids in the cars that come onto our lot, B&M Auto invested in a coolant recycling machine some years back. It’s a double filtration system that removes enough of the impurities in old engine coolant to allow it to be reused, and the cost of our recycled coolant is substantially less than new coolant/antifreeze.

However, if the cooling system on your vehicle contains aluminum or copper parts, as most newer vehicles do, we would recommend sticking with new coolant to make sure any residual chlorides in the recycled coolant don’t cause problems with your cooling system.

For more information on recycled antifreeze/coolant, or to request a search for an auto part or body panel you need, contact B&M Auto now.